Shopping could be a good experience. It also could be a disaster (just think of your budget after Christmas and New Years for a moment!). Some people make it a mystery. I am talking about companies that provides mystery shopping service.

Now, this marketing research technique is nothing new, but if you really want to get to know what is going on in the field – you have to go to the field. Some of us, business owners, simply cannot afford such a luxury. That’s where mystery shopping service comes into play.

Sounds like fun if you know how to deal with all the data.

P.S. For those who are interested in how this stuff works – there is always a chance to apply online to become a secret shopper. Not sure about the benefits package, but definitely something to think about once the retirement would feel closer. 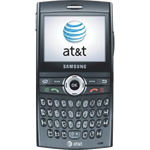 Last Saturday I switched to Cingular New AT&T. The circle is complete now. My first phone was some brick Nokia from AT&T with 200 minutes calling plan. I don’t even remember what I paid (something around $30 – 40, I believe). Good thing was that the phone was virtually indestructible – it was dropped, accidentally thrown, stepped on, fallen off various heights. It still worked for me and even after I gave it to my (older) sister, who was even less cautious. Bad thing was that getting through to me was mission impossible.

Then I switched to Sprint and (not knowingly) got the ever-famous StarTAC phone. The phone was so good, I didn’t want to leave Sprint even after 70% of my calls were dropping or I couldn’t get a connection with full-signal bars on my phone in the Middle of Manhattan. And in the basement I was living in it only worked if placed on top of my 19″ MAG monitor, where it was constantly falling off of. With a little push from my ex-girlfriend, I switched to T-Mobile.

The phone I got was some cheap small Motorola that didn’t really want to be bothered with both incoming and outgoing calls. Some smart movements later I switched to Samsung SGH-R225. One more indestructible phone, I had three of them, after servicing me for over three years I gave them away. As far as I know – they still work. Another Samsung’s creation – E715 – was next to perfection. Small, yet comfortably fitting the hand, it was my all-time favorite. I still have it somewhere around. Unfortunately, while trying to unlock it something went wrong, service in Ukraine reflashed the memory with Vodafone firmware, but it still says “Phone is locked. Return for servicing”.

But the reason I later switched to Verizon was that they have their glorious EVDO Rev. A network, that allowed me to use their phone/PDA (Audiovox 6600 AKA HTC BlueAngel, CDMA edition) to browse internet from virtually everywhere. Or pair it with my laptop via Bluetooth and use as a modem. In the middle of Manhattan you can get a decent speed (around 400-500Kbps), but if you are somewhere where the phone is in the roaming mode (as I found myself around Bear Mountain) – you are out of luck. Still, it’s a great (although quite heavy) device, too bad Verizon “went TV”. By the way, the screen on today’s PDA phones is much much better for viewing video, then on any “smart” phone Verizon currently has to offer. I watch TV shows all the time on my 6600’s screen when I work out – for anything except feature movies it is excellent.

So why AT&T again? Because they’re 3G (although in Brooklyn the most I got was either EDGE or GPRS). Because they GSM (meaning I can use any HTC/ETEN device I can get stateside, including HTC Advantage/Athena which sits in my Amazon queue). Because I can use same device in Europe without much hassle and not hunt for yet another device to take with me. Because if anything happens I can take the SIM card out of the non-working piece, put it into a backup phone and instantly have my phone connectivity back, so when my clients call me – they wouldn’t get a message like “Please call a backup number XXX-XXX-XXXX” just because it takes a week to replace insured Verizon phone.

Overall – it’s not like the Cingular/ATT is significantly better, it’s just more convenient to continue to do my business. And last, but not least, you should have seen my girlfriend bouncing off the walls and dancing with her brand new iPhone. I already feel a bit jealous.

Last Friday I have signed up for Amazon’s FPS (no, not First Person Shooter), but Flexible Payment Service. That’s about all the news I have for now, but we’re working on an e-commerce web site that probably will be using AFPS for payments. Stay tuned.