Before Opening The Doors 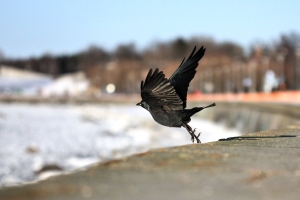 By the contrast from all the fuzz before launch, opening the doors is, probably, the quietest time there was. After securing our space there were other things to do. Securing insurance policy was one of them. Turns out (we didn’t know that), that it is tied in to the actual address and landlord name. Therefore we could not get even general practice insurance until we got the space. And landlord said that he cannot let us enter the space without proof of insurance. Luckily, this was the easiest to resolve – we confirmed our insurance coverage with insurance agent, signed the lease, provided the address to insurance company, obtained the proof and were allowed to operate inside.

Getting stocked on all the supplies and having equipment in order before opening was another challenge that had to be managed. You need to stock on all things upfront, then you need to lay them out in an efficient manner and most inevitably you get to forget a thing or two. Not exactly knowing when you will run out of one or another is also a problem, because you may stock up on one thing but quickly run out of the other. This, of course, creates a storage problem as you want to maximize whatever storage is available (which in Manhattan is always a problem). For example – paper towels. They run out very quickly, so we needed plenty of them in stock. But the pack of paper towel rolls is the largest item (physically) out of everything else. So we decided to stock less and replenish often. We have also signed up for Amazon Prime to be able to order and receive things quickly. It may not be the cheapest route, but when you discover that you are on your last roll of table paper or last box of gloves on Monday morning – it’s really easy to place an order right then and receive the item on Tuesday or Wednesday the latest.

Last but not least was the technical part. We had an amazing web site up and running, but wanted to retain a full control of the schedule since it wasn’t full yet. It made most sense to fill up full days and just take a break on the rest. As it turned out it was a good decision, although somewhat counter-intuitive. Additionally, we had an issue with online calendars as a whole. All procedures take up different time. Many procedures take 10 minutes to complete, a lot of them take 20 and some hour and a half. – that’s why cookie-cutter calendar apps and plugins for the web sites aren’t good enough for scheduling such procedures: almost all calendars use 15 and 30 minute slots as the most convenient for developers’ minds. As a result you end up adopting to the calendar instead of calendar adopting to the best practices. This leads to either rushing client out (because her time slot is ending) or taking unnecessary break (because the time slot was too big). Given the sheer number of other issues we decided to keep an old fashioned paper book of appointments. It bit us in the back half year later, but we were good for now.

Launching your own business on 57th street isn’t an easy feat. The main question, as anyone knows, is location. Requirements we had for laser hair removal business’ location were simple – lots of commercial buildings around, diverse population, close proximity to subway station with multiple routes. For Manhattan this part was easy. The owner of the business spent quite a few years working (as employee) in various locations – midtown, SoHo, Chelsea, so she knew where to start looking. It only took us two weeks roaming around these areas of Manhattan searching for a suitable place to start coming up with reasonable possibilities. We had found a few spots with almost same rent in Chelsea and Downtown. However, almost at the last moment, a new possibility presented itself.

The last place she was working at was in a building on 57th street, right across from Carnegie Hall. That business was closed by the owner, so the office was available. Sort of. The landlord who managed that space was notorious for creating problems for tenants so there was little desire to rent something from that person. Few months later it became known around the building that she managed to collect the rent for a few months without making her own payments up the chain and one day just dashed out.

Rumor had it other spaces were available around in the same building as other tenants of that landlord were looking to move within the building. Turned out the space was available on a different floor in the same building, although the rent was 30% higher. Time for decision – should she rent in a familiar place, but at higher price or new place at a lower price.

Arguments for lower rent spots were pretty obvious – since we were starting a brand new business it didn’t really matter much which place to open at, but a higher expense every month was an issue for a new business. The more expensive location had the benefits of familiarity and there was always a possibility of seeing some familiar client faces should they decide to return. Besides, the previous business owner sort of just got up and left one day, so there was a number of clients in the middle of their treatments left unfinished. There was always a possibility to migrate them to new business even at a discount. A huge argument against the old spot was that there was a huge skin care spa on the same floor. Occupying half the floor with beautiful reception desk and cute girls working there.

After three days of deliberation we decided on the old place. Despite the higher rent, despite the huge skin care spa across the hall – pretty much despite the reason and common sense. We just decided that with so much competition in midtown Manhattan running away from expensive spa on the same floor didn’t make any sense. We’d rather stick it into their faces that we were going to be there and we will have our piece of the pie. So we settled there, paid our deposit and filed our insurance for that address. 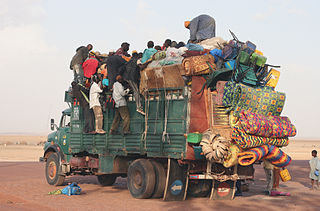