With all the features, bells and whistles being added to Gmail recently I look at yet another Google’s failing project – Picasa. This piece of software hasn’t been updated for God knows how long. Yes, they’ve added a few nifty things here and there but these little perks can’t make up for core features that users have been begging for. In order to assist Picasa’s developers team I have jotted down a short list of thing we, users, needed as of 2008, so you, guys, are, like, 2 years already late. Pay attention!

1. Folders and Sub-folders. Seriously, one level structure is so very CP/M-86 that only very old people like myself can remember the days when we DIDN’T have folders. My regular structure of storing photos – and I have found it to be very simple, most people got it even more complicated – is as follows:

Why in the world would you deprive me of having folders? Yes, I want to maintain that structure on my web albums as well, where some people get to see Edited_Large folder and others are only allowed to see Small_Images_For_Web folder. It could be photos, it could be web design mock-ups – anything. Not having sub-folders is a usability killer.

2. Storing Raw Images. I hope you are aware of the idea of Picasa being a photo management tool. I would also fancy a wild guess and say that photographers would be interested in it, especially with such a good pricing on storage. In case no one told you before most photographers – even amateurs like me – like to shoot RAW images, the so-called “digital negatives”. They also would love to store them – UNCHANGED! When I upload RAW file (it’s a .NEF file, since I shoot with Nikon) to Picasa it gets crap-converted to JPEG and there is no way to get the original back. The whole point of my purchasing a 200GB space chunk is to be able to store RAW files. Look at your own support forums, there are people who did the same. There will be more people doing the same if you let them do the thing they want the most – back up their work “in the cloud”. I am not a professional and I’ve got 100GB of photos to store, think of all the money you are missing from true professional photographers.

3. Web Albums Usability. Did you know you have to make 5 clicks to delete a photo, counting from your albums home page? Did you know it takes the same 5 clicks just to get the link to the image if I want to embed it somewhere in my blog? Isn’t there anyone who could just go through the Picasa Web Albums once or twice and point to obvious usability flaws like these? Did you know there’s sorting by folder/album name pretty much everywhere except Picasa? Also, have you ever seen the how long the URL for RSS feed is for album? Can we make it user-friendly? Can we make it sorted with latest picture on top? Also, how long since anyone clicked on that “Share” button – where’s Buzz, Facebook, Twitter links? E-mailing people a whole album of images in 2010? Seriously?

4. Picasa Software Usability Flaws. I will not complain about lack of sub-folders again, because this it seem to be a feature rather than a bug. Since Web Albums lack sub-folders it is only natural that this inconvenience is propagated down to the desktop app. My biggest gripes are the Web Albums synchronization (or rather lack of thereof) and lack of mass-editing features. I have Picasa installed on 2 PCs and want certain folders to be synchronized. I can easily do it in DropBox, but for some reason Picasa can’t seem to understand how it’s done. Every time I try to sync a folder with Web Albums Picasa creates a new album. Why? I have no idea. As to the mass-editing features – it would be nice if I could assign tags in Picasa to bunch of images at the same time. You know, like – select them and tag all selected. If iTunes can do that to mp3 files I don’t know what the problem is with images.

5. Things That Will Make Picasa Better. These are not things that make Picasa completely unusable, these are things that – if implemented – could give Picasa a significant advantage over other services.

Still not convinced? How about open sourcing the Picasa, so that someone else picks up the ball you’ve dropped awhile ago?

P.S. I find it interesting that Picasa blog has comments turned off. So I cannot even tell them their ten times more albums feature is just another lousy workaround of not having sub-folders in albums.

Yet another example of customer service gone wrong implementation that I had stumbled on this morning. My wife ordered some of her stuff online from HSN.com, order arrived in two pieces, one of them wrong. It happens. This morning I fetched a customer service phone number from order’s e-mail and wrote it for her so she could call and request an exchange. As I was leaving I heard her dialing the number and… guess what? An overly-cheery loud and annoying female voice happily announced that she has reached a rewards center, “probably by mistake”. Right… hung up the phone, double-check the number and dialed it again. Oops. Same voice, same message. I stopped, went into HSN’s web site to check the number. Yes, we’ve got the number right, but it still says “rewards center”.

After trying out a few other numbers, we figured the right one. Customer service rep helped my wife out, doing whatver it is they’re supposed to do in order to fix such an issue. However, the problem remains the same – why would someone post a rewards center phone number as a customer support? My guess is it was some marketing genius that decided it was an easy way to upsell existing customers.

From my stand point – it is not. 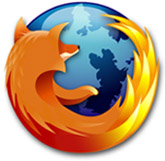 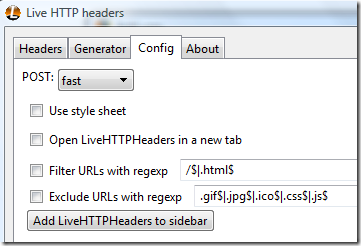