Three Web Site Decisions – The Good, The Bad and The Ugly

Having not posted for quite awhile I have accumulated a number of stories to tell. Today is one of them – or rather three similar stories about some decisions that web site owners are making and how it affects their business. 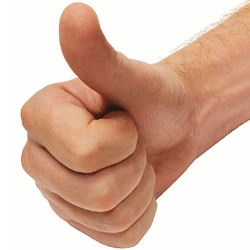 The Good
Imagine an online store that doesn’t sell anything. Yep, there are certain niches that – no matter how hard you try – will not sell as good as you think. This business owner is in one of them, provided he has a show room full of merchandise. The web site is a mere catalog with pricing. However, if you just take out the online checkout option – you suddenly don’t seem credible enough. It reads like “I’ve got all this great stuff from all over the web, but in real life I’ve got one dusty shelf“. So you have to make it look like you’ve got stuff ready to go – only to lure customers to the show room.

The good decision – figuring this stuff out and presenting the customers with the choice to buy stuff online, even though almost no one is really buying. 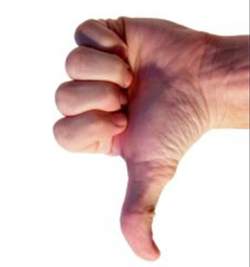 This is a diverse category because you can drop pretty much every single major issue with your web site – from non-working contact form to eye-scratching design from 1980s to web sites that never finish to load because your friend’s son who put it together didn’t realize that cute kitten picture on a front page is 15MB BMP file. But rather than talk about these, easily addressable issues, I’d point to a really major one – not having any kind of web site. Imagine – there are businesses out there who decidedly go without web site at all. There are usually two main justifications – “we don’t need one” and “we don’t have money for it”. It’s almost like wishing for a win in a lotto without buying a single ticket. Aside from the fact that people prefer to shop from the convenience of their homes (less clients for you), there are more choices online that you will ever have in your inventory (again – less clients for you), you are also limiting yourself by not pitching to those who actually are interested in what you want to sell to them. With the average rent on any decent store around tens of thousands of dollars per month a budget web site would cost you a lot less than that. And, of course, there is the rationale that you can only save as much as the web site costs, but your earnings are really not limited.

The bad decision – not having a web site for your business. In fact – its the worst decision you can ever make. 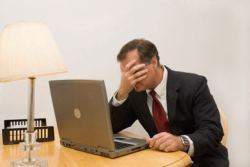 One of the worst things you can do to your web site is keep relaunching it every few months on a new domain names. It’s not a secret anymore that your domain name equals your brand – twice true for small businesses. Of course, you can launch a new web site on a new domain name if you used to be GreatWidgetsOnline.com and you have just bought GreatWidgets.com – it’s not a major major change, but rather a welcome convenience. However, if you keep relaunching the site from GreatWidgetsWeSellHere.com to ThingamabobsOnlineRightHere.com to WhatchamacallitSalesForYou.com – it’s not really clear how you are going to attract the customers and keep them around. Even if there were some issues associated with your domain before – it’s easier to fix them than rebuild the whole thing from the scratch. Besides, even if there was some bad press – you can always use it to your advantage.

While helping my wife to pick her career as a makeup artist where she left it off, I had a chance to get introduced to a whole market of people who perceive web in a completely different way than I used to. Remember that old “horizontal scroll is bad” motto? This market has 90% of web sites with horizontal scroll – so it’s a standard. Turns out it’s not such a bad idea anymore, especially for a photo gallery. On any Mac or iPad (which is what 99.9% of people in fashion industry are using) you can flick back and forth using two fingers gesture – something very natural if you think about it. Such gallery layout is something that geek community hasn’t been fond of for quite some time, so almost all portfolio web sites are either pure HTML or built on Flash.

And here’s where the sadness starts. 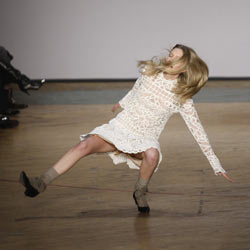 Half of the web sites just plain broken. Like the one where the contact form was done in classic ASP, the web site was moved to something that looked like Unix-based hosting which made ASP page open in a plain text view.

Another one that I have particularly remember was a Flash-based web site that had a one and a half minute loading splash page. I kid you not – one and a half minute. You know what was on the splash page? Tiny button that says “Enter”. I can only assume there was some kind of music playing, but having a little kid around I keep sound off until I really want to hear something. Once I clicked that tiny “Enter” button I was greeted with another “Loading…” screen for yet another 45 seconds with… (drumroll!) … YET ANOTHER “ENTER” BUTTON! I was done then and there.

Of course, I am not talking about all the web sites that have “Gallery 1”, “Gallery 2” and so on – that’s just bad taste, but it’s not a problem with web design. Problems with web design included – broken image links, designs that screamed 1999, designs where white writing on a pale skin toned background was telling you how to use this web site, designs with non-stop slide show with no way to stop it and so on. Oh, and don’t get me start on some eye-scratching color combinations I tried to not see… 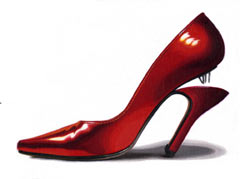 The question I was asking myself is – why? These are the people who work in the Visual Arts department, all their work revolves around creating visual images (and very beautiful images, mind you), creating and maintaining fashion statements. So why all this negligence and overall state of cobbler’s traditional lack of shoes?

Well, first reason is that these people are the least computer literate people you could possibly find. If they see a banner that will tell them they can have their complete web site for free in under 30 minutes – rest assured they will think they’re done in 29. They really don’t see the difference in what kind of presence they have online unless someone explains it to them. And they don’t really want to listen to you anyway.

Next (and that’s a big one) – in fashion industry money change hands a lot later than in almost any other. For example, my web design company will simply refuse to deploy the web site to its live state if the client isn’t sitting next to me with signed check in his or her hands. No money – no deal. In fashion industry it’s a lot more relaxed, I’ve seen checks for services dating back as far as six to eight months. I think only government contracts can beat this timing. Obviously if you are getting paid THAT late – you don’t really want to spend anything on things that are not the top priority. 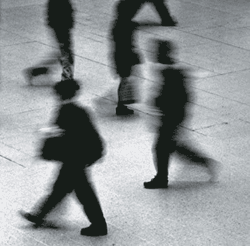 People who do have money to pay for something decent are just busy. They usually so overly busy with trips (usually – between New York, LA and Miami) that participating in any kind of project longer than 3 minutes requires so much concentration for them that it just isn’t worth the trouble.

And last, but not least – 90% of things that happen in this type of industry are done through personal connections. Chances that someone will look for your portfolio online and then decide to contact you are pretty much the same as with cold-calling sales agent selling you that brand new refrigerator or a time-share. Usually people look you up when they already know something about you. The most important thing is their “digital Rolodex” – Blackberry or iPhone’s address book.

Therefore unless someone will come up with some kind of tool or technology or, better yet, a concept that will make an already established web site into a page in someone else’s address book – the fashion industry is stuck with half-broken, outdated web sites that just show how ignorant their owners are of this particular part of technology.