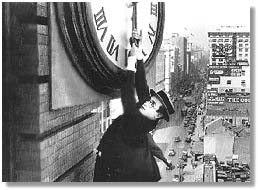 Recently I had a chance to take couple of instructor-led courses. One was on time-management, the other was on managing your goals. Even though I had a pretty good idea on how to do both, I still heard a bunch new things and another bunch was definitely a welcome refreshment. I already wrote about my new strategy in this post, so it all falls into places steadily.

Let’s start with time management. One of the most important things about owning a business is knowing how to manage your own time. If you got to the point when you don’t have time to solve the problems that take all your time – you know you’re in trouble. Take it from the person who’s been there, done that and haven’t even got a T-shirt. And it’s a pretty obvious thing – no matter how hard you try there’s still same old 24 hours in each day, so you have to make do with what you got. Twice harder if you have a family. That’s when goal management kicks in.

Classic goal management approach is simple – you divide all your goals into short-term and long-term goals on a time scale and into “must-haves”, “should-haves” and “nice-to-haves” on priority scale. This matrix should give you an idea of where you must be, should be and rather would be in short and long term. As I’ve said – pretty simple.

Now comes the tricky part – you have to stick to it. If you have never done this before – it’s twice as hard, because you keep forgetting what you have to do because you’re doing something that you’d rather do and it’s much more fun. Again – I know because I’ve been there too.

All this brings us to a simple conclusion – any entrepreneur must have nerves of steel to impose a very strict time and goal discipline onto himself. There is plenty of tools to help you do that, but for me most of them didn’t work – I had to come up with my own way of doing things. More on that – in next posts.

Well, if you have followed my twitter you already know I am a married man now (applause, congratulations; gifts accepted too!). It happened in Vegas on November 27. Sorry for not posting for such a long time.

Everything is over-blinged. I mean – we all know that extra bling don’t hurt, but boy – Vegas is one big bling all by itself. One thing that I found very amusing – all life happens in casinos. Food, shows, shops, restrooms – everything is in casino. In fact I was surprised there was a wall between McDonald’s and a casino. My thought was – why not create a McDonald’s casino – you throw in some money, pull lever or hit the Spin the Mac button – BLING! – and Chicken McNuggets fall down the tray. Or fries if you aren’t so lucky. Or, if you are lucky enough – a cheeseburger with soda. Or, as a jackpot – a Big Mac, extra fries and soda. Imagine the possibilities!

Out of all the annoyances – if you want to do anything you will have to pass through casino. Except for Bellagio, where I found a show entrance, their buffet and restrooms to be in direct visibility line from each other. Pretty much everywhere else, you have to pass through a casino to get anywhere. Or through a row of very expensive shops. One way or another – you are watching either a mandatory display of some expensive brands or stimulated to put your money into a one-armed bandit. Now, that’s an effective advertising.

A lot of things change in Vegas very quickly. Two hotels are standing right where was simple nothing just two years ago – Wynn and Encore. As we walked down the Las Vegas Strip I saw at least four other buildings being built. There’s your real-estate crisis, right there. Not.

Everyone – from last cleaner in the casino all the way to the security at the McCarran Airport – is very nice and polite. In fact the only rude person I’ve met was some 300 miles east, at the Grand Canyon tourist center. And even then – it was 7am, so it could be just the morning rust.

Everything is aligned in such a way to help you effectively spend your money in the most convenient and pleasurable way. If there’s a line – it’s almost never to pay for something, it’s usually to get what you’ve paid for already. Sometimes cashiers are slow, it happens mostly because of all the language niceties they have to go through (sometimes I wondered if there are scripts they have to follow), but in large numbers they take care of that anyway.

If there is any luxury that will be in demand – expect to pay a premium price for it. If this is a “necessary” luxury – it would be complimentary. For example – parking in any casino on the strip is free. At the same time a single ride in monorail from one casino to another is a whopping $5.

And speaking of wedding itself – we found the chapel on the internet and the deciding factor was that right there on the first page there was a little video presentation with thorough explanation of all the chapel’s benefits. Plus – they have a live broadcast of the wedding ceremony over the internet, so I had friends all over the world watch it live. People who I could not afford to invite were there with me. It was amazing experience.

For example – how such decisions are made. It isn’t easy for a person who still remembers what’s it like to live from paycheck to paycheck to understand how people can throw billions of dollars away. Or on some process, the results of which they may never see. Generally speaking, it allows you to see (just a little, though) how rich people feel towards their richness. And that is indeed a good reading.