I really really REALLY don’t think there will be only one post about customers. Really. But I had to start somewhere, so here goes.

The way this laser hair removal place started acquiring customers was rather funny. The owner worked on the fifth floor of the same building in the similar laser hair removal place (only smaller and less clean) when suddenly the owner decided to call it a day. His customers were left out in the cold, many of them in the middle of their voucher deals or packages. The guy pretty much just packed and went home. Given that technicians (there were two) were in charge of their schedules, it was only natural that most of the customers had their personal cell phone numbers. So when the business closed they started ringing up the technicians. Instead of brushing off they decided to explain the situation and offer these customers an option to wait until this new business is up. Since all of this was happening during summer – not the best time for laser skin treatments – a lot of customers agreed to wait it out. There were some misunderstandings and a lot of angry words exchanged, but at the end of the day most of it got resolved.

Once the place was up and running the owner got on the phone again reaching out to old customers. Of course, it wasn’t overly smart to offer them to complete the treatment for which they paid someone else. However, the thinking was that a couple of sessions wouldn’t be that big of a price if the owner would be able to sell them a package of her own. It didn’t always work, but the place got their schedule up and running pretty quick and people were coming in every day.

We started ringing up deal sites. It was a bit unexpected (although understandable) when some of the sites refused to deal with a new business because it was new business. Other sites couldn’t care less. Groupon was the first to take us on, their only focus was pricing – they low balled us to something almost totally outrageous. We haven’t had much experience with any deal sites from the merchant perspective, so it was sort of a revelation to find out how these sites treat both merchants and customers. Words like “customer loyalty” and “quality customer base” started making a whole new world of sense.

One of the sites (I think it was LivingSocial) flat out told us to go and buy likes on Facebook (either through FB’s own ad campaign or otherwise), because they will only deal with us if we have at least 100 or so likes on Facebook. Not a big deal, but if you had your company opened a week ago a hundred likes might seem like a problem. Amazon Local demanded a certain rating on Yelp in order to run our deal. When I flat out asked “So you’re Yelp’s bitch now?” they really had nothing to say except “effectively – yes”. One of the largest deal sites on the market being subject to restrictions of another company, well known for their shady practices of falsifying a businesses’ ratings and reviews – that was just too funny.

Still we managed to get some of our deals up on Groupon, Lifebooker, KGB Deals and, eventually, Amazon and LivingSocial – some time later. That’s when the “customer quality”, “customer loyalty” (or “customer retention”) started making all kinds of different sense.

Let me get this out of the way. 90% of coupon customers aren’t worth the time you spend with them on the phone to schedule an appointment. It’s the other 10% that are the reason for doing the coupon site deals. Each category, obviously, deserves a separate post – which I will probably have to do, eventually. 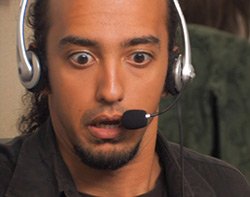 Strange as it seems there actually is a difference between clients coming different coupon sites. The deep dive probably deserve a separate post altogether, but in a nutshell – we’ve seen the worst coming from Groupon and Lifebooker, the rest are marginally better. One thing where you may regret having loyal coupon customers is when they like you so much they keep buying vouchers all over the place – whatever it takes as long as they keep getting treatments at your place at coupon price. They will never convert and they keep bringing more loyal coupon users, so we decided to force “New customers only” rule on most of our deal contracts after the first wave. It may not sound nice to customers, but it’s a way to cut losses. If they like our services so much they should definitely try to negotiate a deal (and it’s always a possibility with the business like this), instead of trying to cheat your way through.

Here’s a little story to explain.

We had one customer who absolutely loved our service. At least that’s what she said during first five sessions of her coupon treatment. She went and bought four more vouchers (from the same deal site – we didn’t have any other deals running at that moment) – using friends’ credit card with option to “gift” a voucher to someone else. When we pointed out she was effectively cheating the coupon site and gaming the system and that we refuse to honor more than two vouchers out of all five she owned (a perfectly legal move based on our contract with coupon site which stated “one voucher per client plus one as a gift” – or something like that) she decided that we have the worst place ever. She complained to deal site – and they confirmed we did the right thing and warned to ban her AND her friends from the site for cheating. She demanded that we provide her with free session for this occurrence of horrible customer service. She promised she will write a negative review on Yelp – which she did, calling us liars for not honoring a single voucher. Not that we care much about Yelp (we’re not paying them to remove bad reviews, so there’s that), but we took note and responded to review, of course, explaining what exactly happened and how the customer was in the wrong. Given that you can’t really inject any brains or conscience into such customers we decided to implement “new customers only” rule. At least it saves us from drama at the office.