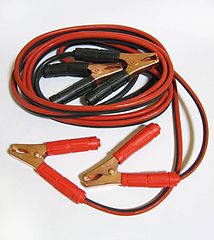 We’ve figured that a healthy way to jump start our clientele would be to work with some major deal sites. We’ll get a lot of traffic in, some of it will stick around and that would be a start. With that in mind we started contacting all major deal sites we could think of. Our initial assumption was that we’ll get on some traction with major names and a bit of side income from minors. We were almost correct.

Groupon – our biggest disappointment. They were first to offer us a contract and we ran quite a few different promotions with them. The number of purchases from ALL promotions barely exceeded the number of all the promotions. Initially we blamed such poor performance on ourselves for a few mistakes we’ve made when launching the deal. For example we let Groupon run our first deal on site only, starting on Saturday which effectively made a lot of people look at it without buying and their ranging algorithm quickly sunk our deal to the bottom of their extensive NYC deals portfolio. In about two weeks we’ve got the message: our Groupon promotion was dead in the water. We had no sales and we were locked out of other Groupon deals for three months (the term of the promotion). We closed the book and moved on.

Lifebooker – knowing the mistakes we’ve made with Groupon we put our foot down on launching on a proper day with an e-mail blast attached to it. Start was slow, but then activity quickly picked up and we’ve made a lot of sales on Lifebooker pretty quick. We weren’t particularly picky at that point, so we ran a few promotions with them almost back to back. Sales dipped noticeably, but we were still making decent numbers with them. Overall, I’d say Lifebooker was one of our most successful deal sites until our last contract with them. Given that it’s a very similar “coupon site” as Groupon and our pricing there was either same or even higher than Groupon it was curios to see people buying on Lifebooker and ignoring Groupon completely. Another cute fact about Lifebooker was that a lot of their staff were using our services (incognito, of course).

KGB Deals – I was reluctant to work with these guys since I haven’t heard much about them and their name sounded too Soviet Russian, but in the end we’ve got some minor sales out of their web site. It wasn’t much of a disappointment since we didn’t expect huge numbers, even though our sales manager promised sales that would beat Lifebooker. We weren’t particularly interested in doing any more deals with them past first two and after our account manager quit KGB and moved on to another company we lost interest altogether and decided not to renew the relationship.

Amazon Local – it was the first company to actually ask for credentials, certificates and other paraphernalia. It was something new, yet reassuring. We ran a few good deals with them until our account manager was changed and a new one quickly demoted our deals to the least favorable position. This resulted in them “missing” their sales goal for the deal and effectively locked us out. Coincidentally, our Yelp score (read about Yelp later) had dropped, so we had lost Amazon Local. Too bad, their audience was the one that actually stuck better and bought stuff for money. It was surprising, though, to see a company as large as Amazon relying on a third party (with well known shady practices) for reviews, especially knowing that Amazon itself has one of the best review communities on the market.

LivingSocial hasn’t responded to us, even after multiple calls and emails. We caught up with LivingSocial a few months later, but initially they asked us to have at least a hundred likes on business’ Facebook page (as if you can’t buy them for $5) in order to even be considered. They made it look as if they want established businesses instead of newcomers, so we had put it on a shelf for the time being.

Overall I can’t deny that deal sites – from a business owner’s perspective – are a good cheap way to bring in fresh blood. Of course you get what you pay for. The conflict is in the way the coupons are used. Most consumers don’t see anything wrong with picking the cheapest coupon and running with it. This, in turn, completely destroys customer loyalty, since such customers will flock to lowest price point almost never considering the quality of the service. As a result the service quality drops – why bother if a customer will go someplace else as soon as that some place else will offer a deal one dollar cheaper. There are, of course, smart consumers who understand the problem and who aren’t affected by coupon culture as much, but they are a minority.