After Halloween long gone and other holidays coming on, I went through Google Trends to see what the trends say. Turns out – Halloween is the most important costume and party holiday. As you can see from the picture above, there is a very strong spike on each Halloween for all three words: “halloween” (blue), “costume” (orange) and “party” (red). There’s no spike on Christmas, no spike on 4th of July, no other spikes as far as I can see.

Note to entrepreneurs – it’s a good idea to set up an emergency costume delivery, or even mobile costume stores. Shouldn’t be a big problem and the higher markup is well justified. Either deliver something ordered online or set up a mobile store so that the whole block could shop.

At least once a week I get an e-mail about the WP theme hack I posted in January. Most of the people ask how to make the hack work in WP 2.5 and 2.6.

Here’s the simple answer – if you didn’t touch your theme (I didn’t) and if you have just upgraded the WordPress installation itself – then the hack should still work. The original post with instructions is here.

The proof is this post – look at the title and take note that link in the title leads to the main blog page, not to the post itself.

If something actually did went wrong, check the following:

Let me know if the damn thing is acting up again. 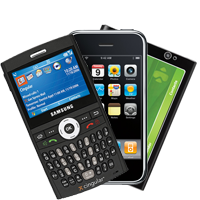