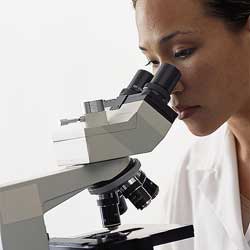 Wrong! First, you have to persuade the owner that you actually know what you’re talking about. From his perspective, he’s been in the business for 20 years, and he still couldn’t figure it out. Now, some young blabbermouth comes along and in half-hour time is trying to tell him that he knows better. Also, unless you already have at least two-three similar stores under your belt, “it’s another business, this one is different”. So it all comes down to marketing yourself first, before you can market your client.

After you’re done telling the business owner that you know what you’re doing and actually worth the money you’re asking – then you have to tell him how you want to succeed where he failed (several times, mind you). So instead of admitting he was wrong (how many of business owners you know can actually do this in front of the stranger?) he’s going the easier route – dismiss any idea of being wrong and perceive you as a person who’s not really familiar with this type of business.

This is where you have to do the research. It’s twice as hard doing it on the web. With all the information available, sometimes it’s too much information to grasp and make meaningful analysis. So the prospective client has 15 domains, 5 of which are active web sites – what does that tell you? He plans to expand? He’s short on money? He forgot about them? What if he wanted to expand but after first failure put it all on hold thus making it worse? What if he just followed someone else’s advice not really knowing what he’s doing?

Personally I feel like a private investigator, while digging through stuff like this. It’s both thrilling and familiar at the same time. Like re-reading Adventures of Sherlock Holmes for a second time – you don’t quite remember the stuff, but you are guessing in the right direction.

Stay tuned, it’s not over yet.