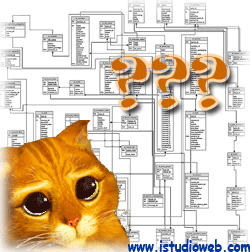 On his next step this businessman decides to create another web site. This one is fed from a different database, since it was a new team of developers who created this store for him. Additionally, the admin interface is not as friendly as the first one, although the feature set is the same. It’s worth to say that all three web sites are developed on PHP/mySQL platform. The story unfolds under the cut…

Couple of months later this entrepreneur acquires yet another web site, in hopes to use it’s customers base and decent Google ranking. Turns out the web site is developed in ColdFusion 6 with mySQL database on the backend. It requires different hosting platform. There is a different database structure in place, since the site was developed good five years ago. The administrator’s interface is lacking all but basic stuff – add/edit/delete product, view orders, edit categories.

Obviously the owner is now faced with triple-tasking of updating inventory on three different web sites. Before the last acquisition the idea was to import through a set of rules the inventory database from main site into the newly developed one and then just keep updating them. Not a bad idea, given that inventory changes aren’t very dramatic – around 20 – 30 items each two weeks. It all got much worse after acquisition of third web site, where the structure of products already set in scripts and database tables. To add injury to insult this web site’s inventory wasn’t updated since Traveling Willberies were touring USA.