Social media gets more diverse every time someone uploads the video on YouTube. It gets more popular every time someone watches that video. And, obviously it gets more social when you pass a link to or embed a video into your blog or web site. It’s hard to say who exactly came up with this idea (I think it is instinctive thing), but “do as I do” routine almost never fails.So every time some creative video gets out there, some other people think “hey, I can do that too”. And they try to.

Forget the reality shows your parents used to watch. WWF is a good stunt work. Next generation reality shows are going to be different. Studios still casting people who look good on TV, but that’s about to change. In the world where everybody can become his own video producer for less money than cost of a semester in a decent private college, next TV would be whole home-made. People increasingly watch videos online instead of regular TV. Ubiquitous broadband (including high-speed mobile), YouTube on your mobile device (hello, iPhone) and next-gen TVs with network hook-up will let you watch your favorite web site in your favorite cafe, in the comfort of your living room, on the go. Or upload your footage just as easy.

Just make sure you get that lens cap off before you start shooting. 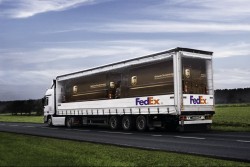 That’s what I would call a creative aggresive advertising! Click on image to view full-size. Although I don’t really feel much for FedEx, I do have a strong feeling against UPS, as many delivery problems prevent me from liking them just one bit. 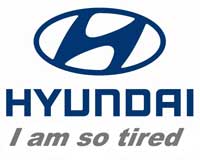