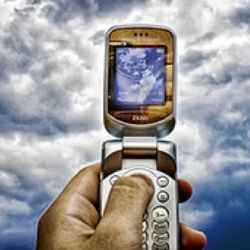 The topic of mobile computing in the cloud seems to occupy every tech blogger’s mind on the planet. The idea of storing all your data on the cloud (in the clouds?) is so fascinating that anyone who dares to say otherwise is considered almost a Luddite. Well, let me play a little bit of devil’s advocate here.

When we are talking about mobile in the cloud we essentially talking about two different things. One – being on the go and storing your data on some network storage so that such data is accessible from any computer. As long as you are able to log in to that storage – you’re good to go.

Second thing – is having all of the above at our fingertips on our smartphone or mobile internet device (iPhone, iTouch and so on). For some reason, still mostly invisible to me, most tech bloggers have decided that by the end of 2010 it will be hot to have all your data in the cloud and accessible from your smart phone.

I did a little experiment recently. I purchased plenty of space on Google’s Picasa and uploaded every single photo I have since I bought my first digital camera. That includes raw images and edited images, so there was approximately 30% overhead. Still, the overall volume hit 110 Gigabyte. Nothing much in terms of current disk space. It took me a week to realize that I don’t want to wait any longer for all these pictures to be uploaded, so I canceled the process. Of course, if I had a dedicated channel it would not have taken so long, but I don’t. My nightly backups have to run. I have work to do. VPN connections eat up a lot as well. So my personal photo collection failed to upload completely.

What about small business use? Will small business owner upload all his documents, data (whatever that may be) or images if it will take away his time? I don’t think so. A few Word documents are fine, but once you start talking hundreds of megabytes, anywhere outside of the corporate networks that might be a problem. Just recently as we have finalized one of the projects, we needed to upload about 100 Megs of files – already compressed – to the client’s representative. It took other party in South Carolina full 15 minutes from receiving a download link to getting a complete download. Sure, storing on the cloud sounds like fun, but until whatever you have stored is half an hour away from you – it’s not a working solution, it’s a storage room out of town.

Next stop – mobile phone use. I know people who live and breath their Blackberry, but I also know people who don’t. And I know more people who don’t want to exhaust their eyes reading things on Blackberry screen than those that would. iPhone is a great entertainment device, but I can’t – for the life of me – type anything long there. Same is with BlackJack, Tilt or Droid. I just don’t see a particular reason to do it, if I can always get back to my X61s which at least has a decent size keyboard. Another issue with doing some kinds of work on a smart phone is the limited screen real estate. I am yet to see one client who can grasp an idea of a regular web site mock up, a desktop software GUI draft or even an income statement from the cell phone screen. Of course, a CPA with 20 years of experience under his belt might pull this off with income statement, but not a regular small business owner.

Overall, having your data available both on the cloud and off is a great idea. However, until we will be able to use a real high-speed connection to that data, nothing major is going to happen. Storage rooms are a great business, but having storage room doesn’t mean your car gets to move faster.

This Sunday (i.e. yesterday) I went to a International Esthetics, Cosmetics & Spa Conference. The word International in the title means that there was a lot of Asian vendors (in fact – I had a strong feeling they have dominated the scene). However, since I was more interested in a technology perspective of the conference – I was dealing primarily with homeland vendors.

What attracted my attention was a spa management software. Before looking at it closely I was under impression that a simple MS Outlook set up would pretty much solve 90% of the problems. I wasn’t that far away, however, certain things have been showcased a lot better.

The three vendors that I had a chance to talk to were SpaBooker.com, Millenium (from Harms Software) and Spaware Salonware. Every software suit had their own advantages over the competition, however, since I am not even remotely the user of the software I wouldn’t go too deep into reviewing it. What I will do instead is concentrate on how each company was selling their software product.

SpaBooker had three average-looking ladies (nothing to see here, move along) and one loud-speaking boss-guy. The gentleman turned out to be very friendly and pretty much showcased all the advantages of the product in a bliss. For some reason when I asked directly if this is a hosted solution (it was obvious that it is to anyone who can read off the browser’s address bar) presenters went too shy and I sensed an attempt to hide some sort of guilt. Not sure why that’s a problem, but I guess since pretty much all other spa management software comes as a standalone package – there might be some doubts. On the other hand – they might have sold it as an advantage point (if your PC crashes – your data is safe, and so on), but they didn’t. The actual web service is developed using .NET technology and looks very bright and friendly. Definitely a plus from my point of view, since it doesn’t look as boring and as DOS-like as other packages. A little better marketing can just give this service a needed boost, since these guys are pretty new to the market.

The Millenium package, developed by Harms Software, had a stand right across from SpaBooker, so it was very natural that I approached them with the question “How’s your software is better than software of the guys right across from you?”. Unfortunately, the lady who was answering my questions was talking in somewhat low voice, so I simply could not hear some of the answers. She was much better looking (which is always a plus), but she wasn’t definitely confident in the software package she was selling, defaulting every now and then to a defensive stance. It may work in a single’s bar scene, but not when you have people asking you about the product you are selling. Since the company is in business for over 20 years (or so I heard), they might have come up with someone more proficient or more proactive. The marketing materials looked a lot better than those from SpaBooker, but when I heard that the version of the software they’re showcasing is dated 2007 – that was a definite Oops moment. Don’t know if they will improve their presentation for Monday and Tuesday, but that’s what they had on Sunday.

The last stand I was able to browse was the Spaware Salonware. Aside from hard-to-pronounce name and totally horrible-looking web site, the company showcased a pretty decent product. In fact, despite the program’s interface looking like 90’s are a-calling, the ease of use was amazing. The package is tailored to be used with touch-screen monitors (or heavy use of mouse, if you don’t want to invest in touch screen LCD), with additional modules, like Marketing (that’s just an automated discount tracker and e-mail management piece) and payment processor (which – from the presenter’s words – is custom tailored to your merchant provider). There were two people at the stand – the gentleman who was trying to pitch me that their company is using MS SQL server while all others are using Access (don’t know how true is that), therefore you can book millions of appointments (like that’s a possibility), and a very friendly nice-looking lady. The presentation was conducted in a very friendly fashion, although the overall stance was “we’re so much better than the others because we use Windows interface and SQL server” which was a bit surprising. In any case, the whole concept of a software with touch-screen friendly interface beats any other thing by leaps and bounds. From my perspective, the only two things this company needs to do is get a better-looking web site and default to touch-screen interface altogether.

To sum it all up, it was a nice experience looking at software products for totally unfamiliar market and seeing how problems are solved there. Even though I haven’t seen much of fresh ideas floating around (probably because management software isn’t considered a top-technology market), but there were a few things that got me thinking.

Now, if you ask me – after seeing all these products what do I personally think on how such a suite should look like, I would say it has to have the following:

Anyone is in the mood to invest in a spa software startup? 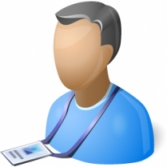 Latest news on Satyam Computer Services fraud just can’t keep me from returning back to the same question: why would a big company outsource something like an IT services to foreign country. The main reason I keep hearing is that pricing makes outsourcing offerings irresistible. On top of that it removes the need to manage the projects separately, instead feeding requests into a “black box” and getting a ready product on the other end of it.

Well, for starters, if your only competitive advantage is the price – there will be someone who can offer either a lower price, or more benefits for the same money. Add to that language differences (if you ever had a conversation with a tech support “guru” from India you know what I am talking about). Add time differences – whenever you need an anwers in half-hour, your outsourced tech contacts are out of the office. Add mentality difference – or the way things are made to work by “us” and by “them”.

I am even discounting my own experience of fixing things after outsourced help. Just out of pure observation and reading the news, the margin isn’t all that high – I would estimate the average margin at about $10 ,000 – 15,000 per employee vs. an outsourced consultant. On the other side of the scale we have management nightmares, managers having to travel to forein country every month at company’s expense (and being a high level managers they don’t fly economy class – not that I’m aware of).

So instead of having a little more expensive but more readily available local workers companies sign up for cheap labor from overseas, adding management burden, time differences and misunderstandings to the plate. In the end, the overall cost of the finished project would be same or higher then if a local resources were used. And don’t even start me on the quality of the final product…

It’s a rhethorical question, but it needs to be asked: when would American companies realize that they are not that rich to buy cheap things?