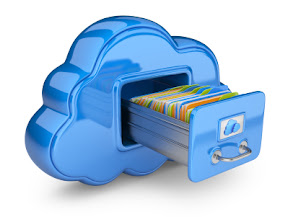 You’d think you had this all figured out – there’s your Dropbox and Google Drive and OneDrive and… wait, that’s one too many already. Recently I have noticed that my paid-for 100GB of Dropbox space is over 80% full. There’s a folder with PSD images from my photography thing, there’s backups of web sites, both live and gone, there’s documents, receipts, some e-books I am reading, a few backups of software I may or may not need. I keep getting more and more of these – mostly photography, but other stuff as well. Backups of forms from our laser hair removal business. Clients’ backups. Clients’ digital assets and raw files. Clients’ photography – both RAW and edited. It looks like I’m gonna need a way bigger boat.

Before I started looking I had my own ideas and desires. First of all – I wanted to minimize the hassle of moving, so I was really looking forward to either stay with Dropbox or at least retain it in some form. I also have a huge collection of clients’ images on Picasa (including a lot of embedded ones) and I wasn’t looking forward to moving them around in any way. Last, but not least, I really wanted to like OneDrive – primarily because Microsoft bundles online versions of Office applications with it or grants additional 20GB of space should you subscribe to Office 365. Not everything came through, but I still was in less trouble than I thought.

First of all – I was not looking at free tier offerings. Given that I need to move around almost a terabyte of data I needed something better than a couple of gigs here and there. I also looked for a storage solution that won’t limit the size of the file – at least to a reasonable level, have been around for a while, allows sharing of files and whole folders, works on mobile and PC (I cannot imagine having another Mac in my household or business any time soon, so no iAnything for me as well) and allows multiple clients to work simultaneously (so I can upload stuff from my laptop in the field and get files on my home workstation – and vice versa). This eliminated most of exotic solutions (sorry, Mega.co.nz). Unfortunately, Box.com had to go as well due to their weird file size limits. Amazon S3, RRS and Glacier didn’t make it because their usability depends solely on the quality of the client you are using (and what happens when it gets discontinued?) plus their pricing is so through the roof I wasn’t even thinking about them. Some of the services I tried and ran away for various reasons – mostly because their client software lacks sanity, usability or both. What was left is in the table below. All prices are taken from each vendor’s web site on 6/4/2014.

In order to compare these providers I got all their plans down into a single table, then calculated the lowest price per gigabyte per year. This way the comparison would make the most sense to me: if I were to buy a single gigabyte of space for a year at a most favorable price – what would it cost me.

The first place is shared between Google Drive and Bitcasa. No one comes close to their 12 cent per gigabyte. Additional benefits for Google Drive include easy sharing of photos from Picasa or Google+, small size images (under 2048×2048) don’t take up space, tight integration with multiple OSes and mobile systems and automatic upload of images from mobile device. With Bitcasa it’s a bit more complicated – although their pricing is just as good as Google’s – their support section is nonexistent and while I see a lot of happy reports on their services I have not seen them around long enough to put my files there (we’re talking about investing a lot of time to backup large amounts of data). They are also the only two providers with officially published prices for storage over 1TB – Bitcasa offers 5GB for $49/month and Unlimited for $100/month while Google doles out 10, 20 and 30GB for $100, $200 and $300 per month respectively. The only concern for Google’s storage is their uncertainty towards Google+ and the fact that Picasa hasn’t really been updated much.

Next in line, surprisingly, is 4Sync – not another big IT name, but these guys have been around long enough and their services make sense. They allow sharing of images and files, including direct link (although only for paid users), their sync client isn’t too complicated (although not without issues) and they are pretty generous on their free tier, so you can test the hell out of them. One the con side I’ve read about some issues with reliability and that does cast a shadow on their otherwise interesting offering.

Third place is (again) shared – between Microsoft’s OneDrive and SugarSync. Pricing is so very close that I decided that both deserve this position. OneDrive works pretty much the same way as Google Drive or DropBox, can sync across computers, backup current computer configuration and pull mobile device’s photos. The only (huge) problem with OneDrive is its inability to provide direct link to images for embedding – instead you’re getting an iFrame to embed and to click on. This, of course, is unacceptable for photo sharing and publication. SugarSync appears to be in the same boat, however, their advantage is that you can sync folders anywhere on your computer – not just a designated “dropbox” folder.

Runner-up to first three places is DropBox. Their $1 per gigabyte is one of the highest prices on the market. Embedding is possible, although requires some poking around links and features and, therefore, totally unacceptable if you want to publish a post with multiple images or if you want to build a gallery (and Dropbox’s own gallery view is extremely poorly designed which makes it practically useless). The sad part is that Dropbox has become a really robust and powerful solution, so it’s sad to see it losing the game due to price alone. Given that they are the least generous on their free tier offering I can see them losing out fast to many other providers.

The conclusion is rather simple, as far as my personal use is concern. In my case instead of 100GB for $100 that I am paying Dropbox I will be able to get a terabyte of storage for $120 from Google. My DropBox account expires some time in November so I expect to fully migrate all assets into Google Drive by then. It’s rather convenient that I won’t have to move 200+ albums of images to another provider, but everything else (all 80-something gigabytes) will have to be moved. I would still take advantage of OneDrive by migrating my documents there to be able to edit them using Online Word, but it’s a tiny chunk of a pie anyway.

This is a part 4 of the live help and live chat service providers. Previous parts can be found here: Part 1, Part 2, Part 3.

As we were observing various web site live chat service providers, it has inevitably come to our attention that the origin of the product has huge impact on the product itself. Even though almost all of these services mostly targeted to English-speaking audience. For example, one of the live chat services developed in Poland had really horrible English product description – like a textbook example of “how not to describe your product”. On the other hand, another live support service, originated in China, has vast amounts of information available with trial downloads and support options that even include Skype.

123LiveHelp – this provider of live support software targets small business owners of a somewhat larger size then mom and pop shops. Hosted solution starts at $50 per month per seat for text-only version and $150 per month per seat for text + video. Single owned license costs $599 for text-only version and text+video live chat license would be yours to own for a whopping $1599. Obviously you need a special need for a video feed, but if you do – this might be a solution for you.

MyWebChatLive – despite the poor outlook of the web site, this live help service claims to have a top-notch connectivity to tier 1 data centers. Not sure what that means, but in any case if you want to give it a shot – the pricing will encourage you to do so: 2 concurrent operators with all features enabled will set you off for only $17.95 with $2.95 for each additional operator. There is, of course, 30-days money back guarantee, free trial and other nice perks. What I liked about this service is that the desktop clients (again – Windows only) has that distinctive Vista/Office 2007 look. Among cons is the fact that service is configured for one web site only. Unfortunately, I was unable to test drive the service, since the live chat client download constantly timed out and the live support was – you guessed it! – unavailable.

This is part 3 of the live web chat and live help review. If you missed first two they can be found here: Part 1, Part 2.

Most of live help service providers fail to impress for one little reason: their sales isn’t available. While trying to get in touch with anyone at some companies that provide live web chat I discovered that live chat sales reps were unavailable. The very tool they are trying to promote isn’t being used. And I am not talking 24×7 service, this is perfectly business time at around 10 – 11am EST. Besides everything else, this leaves an impression of a one-man shop behind the service, which (while being totally normal business model) raises the question of reliability.

Now, let’s move on to the reviews.

HelpOnClick – very simple live help and live chat service. While perfectly functional and quite inexpensive it lacks visual appeal for both web site itself and chat windows/operator screens (and it also lacked live operator when I needed it). While looking at operator screen I couldn’t help but think that it was designed by a programmer, not a web or interface designer. It very functional yet inconvenient to use for people who lack enough computer training – they simply look at wrong places in order to find a required controlling mechanism. Pricing varies from $19 for single operator license per month to $49 per month for Deluxe plan with unlimited number of operators.

SalesRep – offers hosted and outsourced flavors of live chat service. The hosted live help service starts at $8.95 per month for 1 seat, 3 seats will cost you $27.95 and 20-seat corporate license will set you back for $87.95 per month. It must be noted that certain sections of admin console for this service looked horrible in my Firefox. Overall experience of using this live help service provider was somewhat troublesome. The chat window (on both customer and operator side) kept blinking while refreshing all the time, sometime even preventing customer from typing. We didn’t notice any such problems with most of other services.